The Federal Government cloud policy has been successful in driving fundamental change, but there was more work to be done, according to a recent Ovum study commissioned by cloud services provider Macquarie Government. 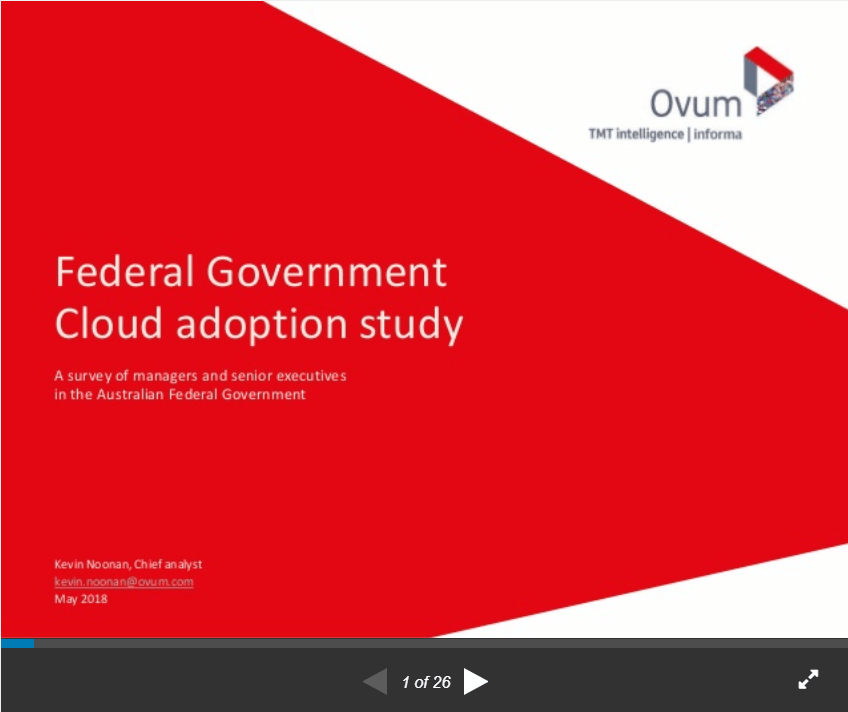 The survey found there has been a clear change in attitudes to the use of cloud in government, and a greater maturity in the way cloud is being utilised.

However, the job was not yet finished. Increased usage brings new challenges and these must now be addressed.

The survey found a profound change in perceptions of cloud among Federal Government agencies in 2018 compared to the findings of a similar survey in 2015.

Both pieces of research were conducted by respected research and consulting firm Ovum on behalf of Macquarie Government.

Federal agencies surveyed said improving security was the biggest reason driving them to move their IT systems into the cloud. This was a dramatic reversal of attitudes from the 2015 survey, when agencies worried security would be compromised by moving data to the cloud.

However, the survey also showed agencies were focusing on the operational advantages of cloud, but not making the connection to the broader vision for delivering government outcomes.

“However, there was very little mention of the broader Government digital strategy, to use cloud as a platform to transform the experience of citizens interacting with Government services.”

The Ovum research also pointed to an increasing financial management challenge for agencies as they move from dipping their toe in the water to fully embracing cloud computing models.

CAPEX to OPEX a persistent challenge

Agencies’ biggest practical difficulty was moving funds allocated to them for capital expenditure into operational expenditure to acquire “Pay per use” cloud services.

“In a sense, this is a good problem to have, as it shows cloud is now assuming a larger proportion of spending by agencies,” Ovum chief analyst Kevin Noonan said.

“The next challenge will be to bring greater flexibility to Government accounting treatment of spending on ICT,” Mr Noonan said.

“Agencies are also embracing more hybrid cloud solutions, as they begin to address the significant challenges of moving larger legacy applications and systems to the cloud”, he said.