Blog Government Improving, But Work to be Done Yet: Chris Painter’s Verdict on Global Cyber Awareness

Improving, But Work to be Done Yet: Chris Painter’s Verdict on Global Cyber Awareness 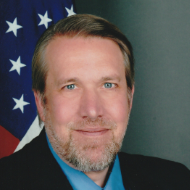 Chris Painter is a veteran attendee at the Munich Security Conference, so his reflections on the changed mood around cyber security at this year’s conference bear attention.

This year, there was again an expanding array of cyber security “side events”, and cyber security issues were mentioned in addresses by several leaders – including UK Prime Minister Theresa May, US National Security Adviser HR McMaster and UN Secretary General Antonio Guterres.

But cyber issues were not core issues on the main stage. Chris believes this indicates they are still not mainstream at the highest levels of government national security discussions nor in boardrooms.

On the other hand, there were some positive signs that awareness of the issues and responsibilities in the private sector is growing.

The participation of the private sector continued to increase, with more companies and their most senior management attending the event. It was notable that leading members of the European non-tech industry – Siemens, Daimler, Airbus, IBM and Allianz among them – launched a Cyber Security Charter of Trust outlining 10 principles to create trust in a digital world. https://www.siemens.com/global/en/home/company/topic-areas/digitalization/cybersecurity.html

There was also strong representation from senior levels of the tech industry.

Chris is will be a special guest of Macquarie Telecom Group at a public event in Sydney on March 8 to talk about the changes he has seen in attitudes and responses to cyber security since he began work in the field in the 1990s.